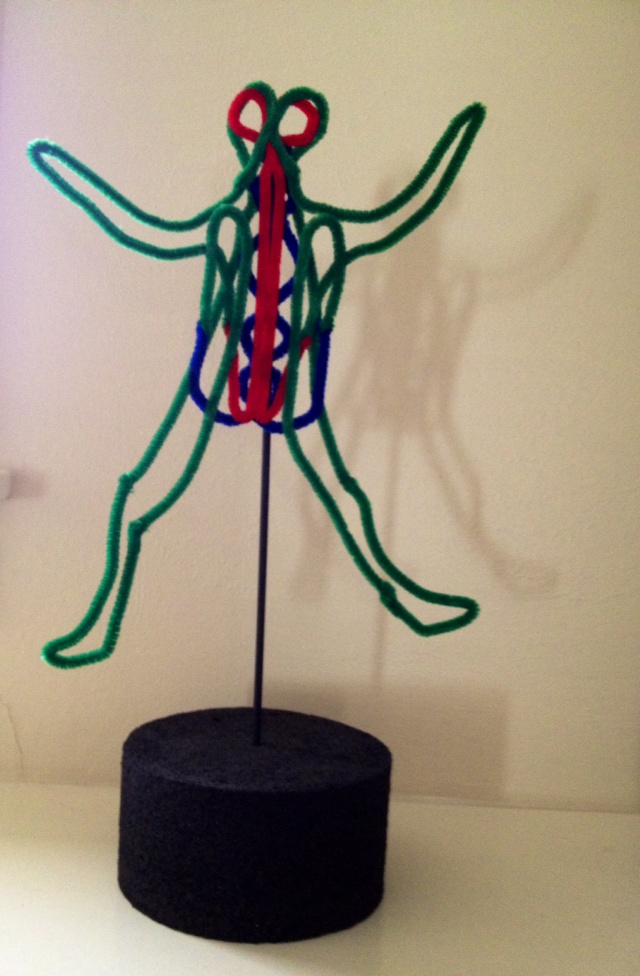 The 3 Electro-Magnetic Poles of the Fundamental Field® Pattern of Life-Energy. (Photo by Maggie Begley)

Dr. Metz, my mentor & colleague, goes old-school-science-project in construction of the above model. (When in doubt, pipe-cleaners to the rescue! I love a simple visual, hand-crafted & color-coded)!

According to his Fundamental Field® Theory, our energetic system is organized like a large-scale atom. In the above model:

In the hands-on application of the Theory, called Fundamental Field® Therapy, these well-known modalities are incorporated holistically into one. In the above model:

When an issue has transversed this landscape, via all three Poles, it has successfully made the healing circuit.  A three-fer bargain…such a deal; your health & well-being could be the Grand-Prize Winner. 🙂